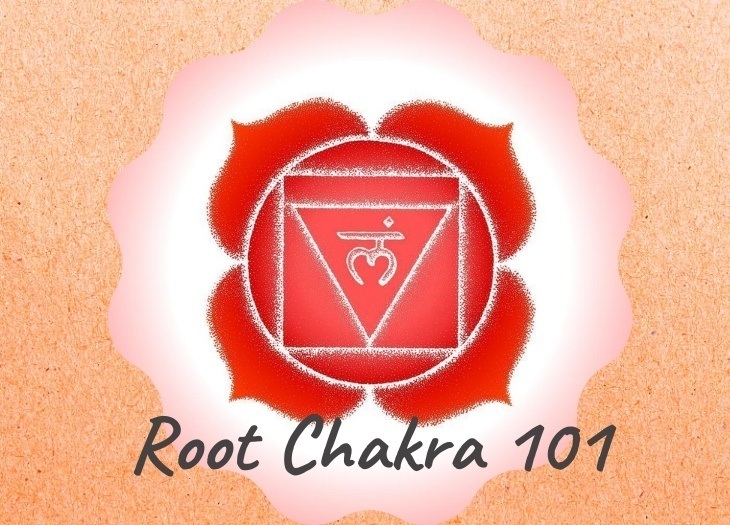 What is the Root Chakra?

The very first chakra is the one that lies at the base of the spine. This is the Root Chakra, also known as the Muladhara in Sanskrit. It is the first chakra that you need to clear before reaching enlightenment. Without balance in this chakra, you will not be able to function the most basic of tasks.

As the anime implies, this chakra governs our stability and support. It represents the things that provide our basic needs. Influences related to this often impact our feelings towards our own security and survival.

The Root Chakra meaning is derived from the root word ‘mula’ which means root and ‘adhara’ which means base or support. This chakra sets the foundation of your daily life. Stability in life means having all your basic needs provided for. Without it, it will be highly difficult to achieve the other chakras.

When people experience economic trials that affect their basic needs, their Root Chakra tends to waver. Only when you have enough to survive can you fully heal this chakra. A good foundation is necessary for everything in life, and that is where the Root Chakra meaning is derived from.

Behavioral Characteristics of the Root Chakra

The first chakra represents our most primal and raw form. For this reason, its characteristics also involve things relating to the self, from our birthplace to our aspirations. Our background largely determines how we will go about in life. It influences what we do and how we would proceed.

Characteristics related to the Root Chakra also involves health and safety. Like we mentioned before, our basic needs have to be satisfied before we can proceed to other chakras. That means both your mental and physical health play a role in your chakra’s condition.

Physical health is also an essential part of this chakra. It signifies that you have enough food and water to maintain your body. Balanced Root Chakras also show that you are in a safe environment and are regularly exercising for your health.

Symptoms of an Imbalanced Root Chakra

Benefits of a Balanced and Active Root Chakra

When your Root Chakra is balanced, you will no longer feel insecure about your current situation. This is because all your needs are provided and you feel confident about your achievements.

If energy can go freely in your Root Chakra, you feel a sense of belonging and accomplishment. You will find that you have more trust in yourself and your decisions. This is why this chakra is important to start with. People who are confident about their choices will make better decisions and can assert themselves more.

With this chakra unblocked, people can also better identify what their goals in life are based on their individual needs and wants. They will not be too influenced or discouraged with the success of others. This results in improved mental performance. You can concentrate better and be more focused.

Where is the Root Chakra Located?

The Root Chakra itself is located at the base of the spine. However, it is also associated with other body parts in that region, including the perineum and the first three vertebrae at the pelvic plexus.

The colors most often associated with this Chakra is red.

Red is generally known as the color of passion. If your Root Chakra is balanced, you are more passionate about taking action in your life. This is largely because you are secured in life, and thus have a good foundation to get you started.

This color is also often used to warn others. Traffic lights are just one example of its uses. That means red warns us when we are in danger, and this ties closely with the Root Chakra’s meaning. Since the Chakra requires your basic needs to be met, the color warns you that you are in danger because you lack basic necessities. It also symbolizes strength.

The symbol for this chakra is a lotus with four petals. It is supposed to represent the four aspects of the human psyche, which are the mind, intellect, consciousness, and ego.

The center would usually have a square with an inverted triangle. The square represents stability and rigidity since it is one of the most stable shapes. As for the triangle, it represents the symbol for the earth in alchemy.

Root Chakra and the Earth Element

The earth element is the element of physicality.It governs our connections with the material world, such as home, family, foundation, and finances. The earth element allows us to manifest our ideas into the real world. It reminds us of our existence and symbolizes things we want to accomplish and materialize.

Balancing the energy of the earth element in the body is crucial in maintaining overall physical, mental, and spiritual health. Earth energy also plays a major role in keeping other elements balanced.

If our internal earth energy is imbalanced, our bodies and spirits suffer in a similar way as when the Root Chakra is blocked. The body develops a bad relationship with food and nourishment. Some people even find themselves living a sedentary lifestyle. Issues relating to survival, isolation, and finances may also arise. There is a constant fear of death or injury, while some develop an obsession with material possessions.

Meanwhile, if the earth energy inside our bodies is balanced, our Root Chakra is balanced and healthy as well. The first noticeable improvement would be an overwhelming sense of security. Good earth energy would also improve one’s physical health, strength, and stamina. There is also a restoration of one’s connection to the universe and to the people around us. There is also a development of the ability to manifest needs with ease.

Angels are messengers that protect, rule, and guide. They’re heavenly beings that celebrate the good and the beautiful. In fact, the archangels of Elohim help remove negative ego energy from chakras as people practice good deeds and think loving thoughts. Below are three archangels that are particularly beneficial to clearing the Root Chakra:

Uriel means “the fire of God.” Archangel Uriel helps people ground, cleanse, and recharge their energy through the Base Chakra. You may invoke Archangel Uriel when you feel tension and fear arising. Negative energy shuts down positive action, but Uriel helps you heal by anchoring the light of heaven down to earth.

Michael means “he who is as God.” Michael is the angel of security and power and is commonly depicted as being in a full suit of armor while holding a sword. Archangel Michael helps with Root Chakra healing by grounding you in your own light. You can call the Archangel Michael if you’re feeling confused, fearing for your physical or spiritual safety, or if you’re planning on cutting ties with toxic people.

People have a tendency to misunderstand the planet Saturn and its influence because it’s not particularly known for good luckand other fun stuff. Widespread the fear of Saturn may be, we think that this planet has a really positive influence on one’s life overall.

Saturn is the planet of truth, focus, inner peace, spiritual growth, neutrality, and just rewards. Many spiritual teachers and experts in the past have likened the planet to a stern teacher or a fair judge because it holds you in a specific state until you’ve learned your lesson completely.

In fact, Saturn reveals the parts of your personality and/or your life that you have to improve and complete. This planet limits and creates obstacles so we learn the lessons it’s trying to teach.

After we’ve learned our limits, Saturn gives stability, sturdiness, and detachment. If you’re trying to strengthen your Root Chakra, you can also try to investigate where Saturn lies in your natal chart. That way, you’ll have an idea of what areas to improve and what challenges you might expect in the future. Through the planet Saturn, you may also understand the meaning of important obstacles you had to go through in your life and their significance to your future.