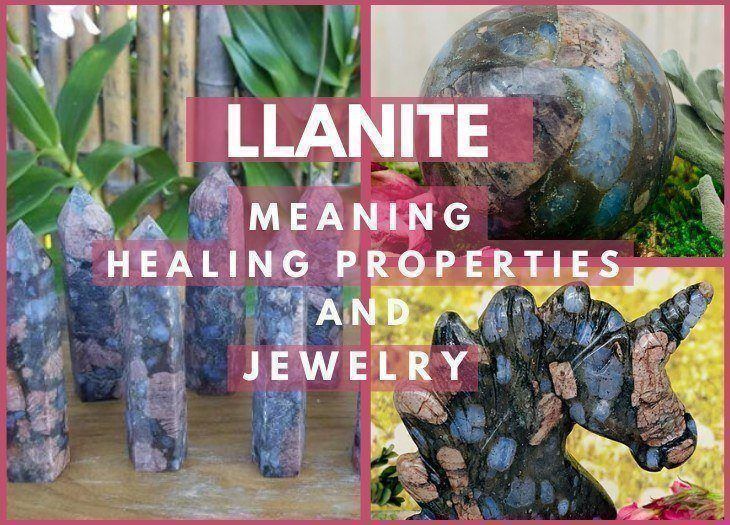 If you seek a stone that has many uses and healing properties, then the Llanite stone (sometimes referred to as Que Sera stone) is perfect for you. It has abilities that stimulate the mind, body, and soul. The different colors and streaks you can see on the stone reflect its diverse composition. Each piece of Llanite carries the intense vibrations of all the stones and crystals in its general composition. Use it to discover your latent powers, ideas, and strengths.

With a powerful vibration that resonates earth energy, the Llanite, or Que Sera, is a stone that has many purposes. The stone was just recently discovered, but it has already gained a reputation for its ability to draw uninterrupted flow of energy from the higher planes.

The name Que Sera is actually derived from the phrase ‘que sera, sera’ which translates to ‘what will be, will be’. However, the name ‘que sera’ simply means ‘will be’ that actually relates to its origin and meaning. Its name is actually symbolic and representative of its unique formation. That being the fact that the stone comes from the ‘Grand Formation’ of the planet.

Its unique composition makes it ideal for soothing, healing, re-energizing. This stone has the ability to do virtually anything in the metaphysical sense. All these properties combined makes it the best stone for affecting your physical, mental, emotional, and spiritual health as well as your psychic ability.

Llanite are also known for drawing out one’s true intentions. It is a stone made for those who are unsure of themselves or those who seek to let loose. If you ever have trouble surrendering yourself to your ideas or emotions, then this stone can help you.

What Are the Healing Properties of Llanite (Que Sera)?

The powerful energy radiating from the Llanite can actually connect you to the Higher Realms. You can use it to ask for assistance and guidance when you’re feeling lost. For this same reason, it is also a great stone for unlocking your psychic abilities. This stone opens your psychic channels, which makes communicating with higher beings a lot easier.

You unlock the ability of clairaudience with this stone, so you can easily get answers to your questions. However, one must also be ready for the consequences that result from this knowledge. In relation to this, Llanite helps you attune with your soul’s purpose and see multiple outcomes. Despite this ability, the stone is supposed to serve as a guidance and encourages one to follow their own path.

Another additional effect it has on depression is that it helps us see the light amongst the darkness. Use this stone to empower yourself and discover the light within you. When depressed, we often can’t see past our emotions and feel disinterested in most things. A Llanite gemstone will help you realize what your goals are and how you can achieve them, thus giving you the motivation that is lost in depression. You won’t be so caught up on the problem but, instead, will be more active. Check out this post for more crystals that can help with depression, anxiety, fear and stress.

Also, the Llanite stone will help you express what you really desire. If you feel guilty saying ‘no’ to people, then a Llanite can take away the urge to give in to what others want or take in more work than you can handle. It relieves you of all self-imposed obligations.

The Llanite stone was historically believed to be used by healers because it has the energy to heal all parts of the body. The strength of a Llanite flows all around, which is why it is highly effective at boosting your immune system. Its powers are so strong that it goes beyond the cellular level, too.

Holding a Llanite stone can also bring its energy to your organs. They can also activate your neurotransmitters to increase vitality. If you feel fatigue because of low energy, then this stone will help you feel better.

The Que Sera is a stone that attracts “good times”. You’ll be able to discover more fun and exciting activities with it. Related to the meaning of its name, a Que Sera will ensure that nothing is ever truly a mistake either. Every event is a learning occasion because the stone encourages you to look within yourself. Many times in life, when we are in the thick of things, we often question why the Universe or God put us in such a predicament. Meditating with a Que Sera or Llanite stone will help us better understand the purpose and life lesson of the challenges in our lives.

Another thing the stone attracts is energy. Each piece of Llanite carries with it different compositions of the earth, so the Llanite itself has the power of all these. It is highly revitalizing, which makes it perfect for those who always feel tired or fatigue.

Its composition makes it a stone that energizes all the chakras at the same time. Because it relates more to the earth, Llanite is strongest in the Base (or Root) Chakra and Sacral Chakra.

The Base, or Root Chakra is what gives us the energy to move. When it’s out of balance, you can feel lethargic and disconnected from reality. A balanced Base Chakra should make you feel accomplished and secure.

The Sacral Chakra is the second one after the base, and it brings creativity and inspiration. An overactive second chakra results to overindulgence, while an underactive one can cause disinterest in the things you are doing.

These two may be the main chakras for the Que Sera stone, but all your chakras can actually benefit from this stone.

The best part about this stone is that it manifests the qualities of all the minerals it is made of. You can benefit from the healing properties of Llanite (Que Sera) by using the stone in the following ways:

How to Use Llanite (Que Sera) Stone for Feng Shui

This stone utilizes the Water energy, which brings a quiet strength and the power of regeneration. That means that stones with this element are great for decorating meditative spaces.

Both the stone and the element are great to put in the Northern bagua, which is where the Career and Life Path areas are found. Because the Llanite stone brings continuous flowing energy, you can expect it to bring you good fortune and luck in the present and future.

How to Care for a Llanite (Que Sera) Stone

As with many stones, one of the best ways to cleanse or clear its energy every once in awhile is to leave it outside in natural sunlight or under moonlight (especially during a full moon is most beneficial).

How is Llanite (Que Sera) Formed

The stone is only found in Brazil, and it resembles the Vulcanite. The Llanite stone is made up for Feldspar, Calcite, Kaolinite, Iron, Magnetite, Leucozene and Clinozoisite. Llanite is actually a form of Rhyolite, which are formed when magma eruptions are cooled.

It has a distinct color that has specs of blue and patches of pink. The pink parts are said to be the result of Quartz in the mixture. When a volcano erupts, various igneous rocks are made depending on their composition. These come in two forms: extrusive and intrusive. A Rhyolite is extrusive; meaning they form above the surface rather than underground.

Another origin of its name actually has to do with its color. The ‘Que’ part of its name can be separated into two parts. The Q stands for Quartz, and the UE refers to the undulatory extinction or the wave like patterns of blue and pink mixed in the stone.