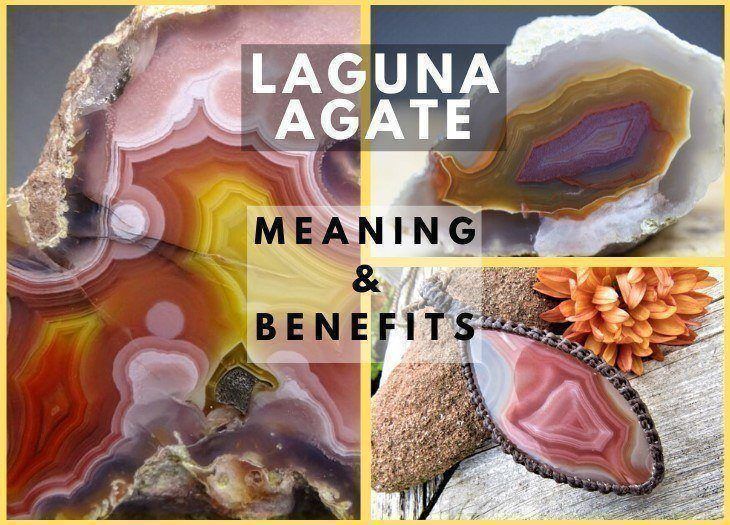 Found in a remote mountain range in Chihuahua, Mexico, Laguna Agate is said to be the most highly praised banded Agate in the world, and for good reason. Its fine bands of scarlet, rose, and red will instantly tell you that the energy it radiates is contagious but beneficial. It doesn’t ring with laughter like the Crazy Lace Agate, and it doesn’t instantly remind one of the innate flames of the Fire Agate, but you know that the energy Laguna Agate holds is powerful and potent.

What Are the Healing Properties of Laguna Agate?

Because of its tight bands, Laguna Agate is said to bring groups tightly together. These groups may be your own family unit, your work team, or your circle of friends. It basically has the ability to bring people together and harmonize their energy to thrive as a unit.

This stone has the ability to stimulate and stir the creative clockwork in the minds of artists, poets, and the like. This stone is said to imbue art with complex and though-provoking themes that not only makes a work of art look beautiful, it also turns art into a conversation—a dialogue among ideas, concepts, and opinions. It also helps the wonderful people who go into mathematics-related endeavors to become more precise in their field.

The red color energy of the Laguna Agate stimulates both the physical and sexual energies of the owner. For those in a slump, this stone can help jump start new activity in the bedroom. And for those having trouble with their sexual imbalance, Laguna Agate and help stabilize and center their sexual energy.

Laguna is also a great stone because of its emotional healing properties. It grants strength and perseverance which can lead to positive changes in one’s outlook in life. This stone helps one act and make tough decisions during trying times. But most of all, it helps uncover hidden circumstances, or what I’d like to call limiting beliefs, that interfere with a person’s well-being. By removing the bitterness of trauma, Laguna Agate is a helpful stone to move forward in love and in life.

What Are the Chakra Healing Benefits of Laguna Agate?

Laguna Agate balances and influences the Base Chakra, just like its Red or Black Agate brothers and sisters. As we’ve discussed, the Base Chakra is the point at which we connect with the earth and material existence. Through this, we’re able to feel secure, safe, and content with our lives. This contains the basis for our body and spiritual energy.

Using Laguna Agate to stimulate the Base Chakra will make a person flexible in life, able to yield and adapt to different circumstances. It can also help coordinate the body and mind in physical and spiritual activities. Laguna Agate also helps elevate one’s character with the wisdom and strength it imparts.

Geminis (May 21st– June 20th) also benefit from Laguna Agates as this is their Zodiac stone. It enhances their creativity as well as their emotional intelligence and helps temper their negative traits like difficulty empathizing or their excessive gossiping.

Laguna Agate burns with the light of the fire element. Fire is said to be the Yang in nature (whereas the water element is the Yin). Fire is said to be the energy of heat, emotion, warmth, and activity. It’s the element that governs ideas and sex. This element is said to rule over the South area of the home, or the “Fame and Reputation” area. Place your Laguna Agate in these areas to boost your standing within a community. You may also use Laguna Agate to bring in solar/fire energy in a darkened or negative space but do this only sparingly.