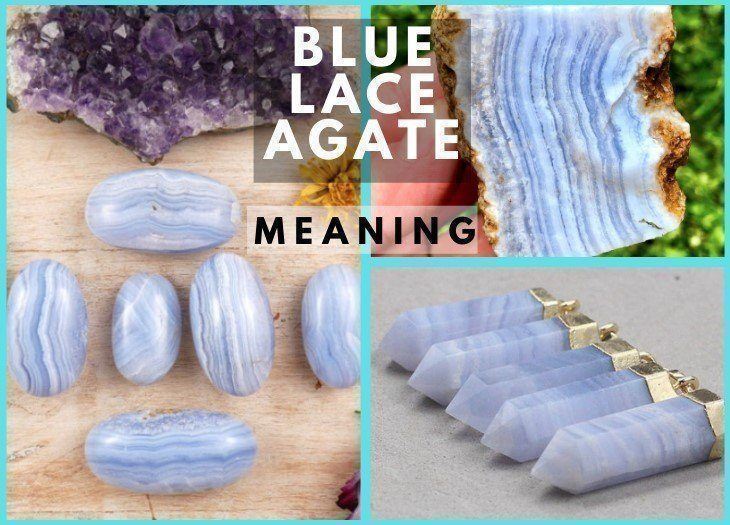 Speaking your mind can be a daunting task for anyone. Some might think that teachers, public speakers, and those who use their voices for a living have an easy time communicating, but they get scared too. Sometimes, the message gets scrambled in one’s head and the message is lost in translation. So, what stone can help us, then?

This stone is the stone of diplomats and speakers. Blue Lace Agate brings them clarity of thought and the right words to say, especially during times when angry words and bad thoughts must be avoided. Blue Lace Agate inspires loyalty and trustworthiness—traits that everyone, especially caregivers, needs. Also, if you’re someone who gets upset easily, you might want to wear this stone so you can express your emotions without scrambling for the right words.

What Are the Healing Properties of Blue Lace Agate?

Blue Lace Agate is the perfect stone if you want to be calmer and more balanced in your thoughts and actions. And, for those seemingly trapped in difficult situations, Blue Lace Agate guides them away from panic and intense, negative emotions. Blue Lace Agate calms, uplifts, and elevates the mood while providing support and encouragement that things will get better.

And while it gives courage to those who can’t speak, it also calms down people who can’t stop talking or those who don’t think before they speak and act. Blue Lace Agate encourages these people to uphold their word and honor and to not share secrets or information they’re not allowed to give.

This stone is also great for meditation and deep self-analysis and introspection. It encourages one to see things as they are and to not be bitter and negative about the truth.

What Are the Chakra Healing Benefits of Blue Lace Agate?

Blue stones have always been used to balance and aid the Throat Chakra. The Throat Chakra is the vessel with which all the other chakras are expressed and manifested to other people. Blockage in one’s Throat Chakra can spell trouble in a person’s relationships with other people and even their own selves. Blue Lace Agate aligns a person’s word, intention, and deed and helps them communicate in a balanced way while being true to themselves.

Blue Lace Agate also balances the Third Eye Chakra, the seat of perception and intuition. This stone can be used to soothe overactive minds and racing thoughts, helping a person think clearly before they act. To balance the Third Eye Chakra, you can use Blue Lace Agate along with other communication stones like Aquamarine, Chrysocolla, and Lapis Lazuli

Blue Lace Agate is not a traditional birthstone, but it is the natural birthstone for those born between the vernal equinox and the rest of spring (February 19th- March 19th). Spring is the time of faith and trust and Blue Lace Agate can bring about patience and respect to those born in this time period.

Blue Lace Agate is also the Zodiac stone for two Zodiac signs—Gemini and Pisces. As we know, Geminis are quick thinkers who bring their own flair to the party. They can sometimes be anxious and moody, but with Blue Lace Agate, they can balance these negative traits out.

Meanwhile, Pisceans are emphatic, artistic, emotional, and are natural healers. But these positive traits can get them in trouble as they’re often made into martyrs in relationships, and they can be lazy and escapists at times. Blue Lace Agate helps them temper their emotions so they can get out of their emotional cage once in a while.

Blue Lace Agate gently emits a powerful form of water energy. Water energy stands for tranquility, silent strength, cleansing, and purification. Its formless yet powerful energy as water is all around us.

Water symbolizes regeneration and rebirth in Feng Shui and is used by people to enhance their spaces for rest, reflection, and prayer. Blue stones like Blue Lace Agates are placed in the North area of the home or a room. This will help influence the career and life path area of that person’s home.